Adam Green is a talented, 37 year old, American whose name has been circulating in the world of genre movies for quite some time now.

He made his debut at a local television station on which several of his commercials were aired. Not long thereafter, Green’s first movie Coffee & Donuts (2000) got its release. It was a comedy based on his own life and made with a budget of just 400 dollars! Fortunately he could count on the support of his friends, volunteers and his employer from whom he could use a lot of the technical material.

Although his movie career didn’t immediately take off, Green certainly had a lot of guts. Instead of delving into a second movie, he opted to divert himself towards music that proved to be his second love. Adam became the lead-singer of the heavy metal band Haddonfield based out of Salem. Furthermore, he was the resident DJ and stand-up comedian for the famous heavy metal bar The Rainbow Bar & Grill located on the Sunset Strip in Hollywood. 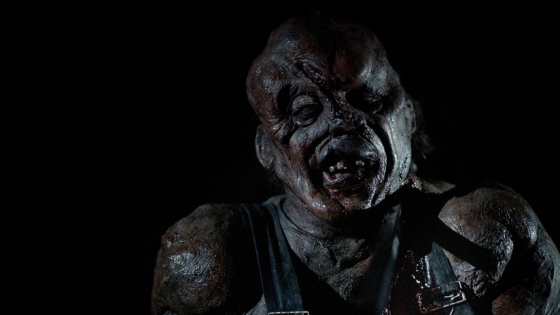 Hatchet (2006 - Kane Hodder)
It wasn’t until 2006 when his real U.S. breakthrough happened after releasing Hatchet, an old school slasher. Its story first hit Adam when he was just eight years old. His parents used to send him to summer camps and, like any other child, mischief was bound to happen. Those responsible warned him to stay in line, otherwise the awful axe-murderer might come to pay him a most dreadful visit.

One of his first decisions was to cast Kane Hodder as the deformed killer, whom is best known for starring in four of the Friday the 13th movies as Jason, and offered him a wide arsenal of hack and slash tools. Green’s primary concern was to put slashers back in the spotlight they deserved. Secondly, he was fed up with the torture-porn craze of the time and found it was time to give horror fans a truly terrifying movie. Aided by the fame of actors Robert Englund and Tony Todd, Hatchet got a lot of media attention. Adam was invited to come talk on MTV and received praise by Harry Knowles and James Cameron. 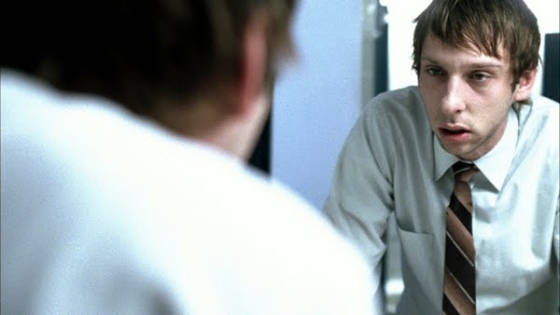 Spiral (2007 - Joel David Moore)
One year later, Green showcased his diversity yet again with Spiral, a movie he co-directed with actor Joel David Moore who starred in Hatchet. Although considered not to be his finest movie to date, revenues weren’t bad and the positive vibe surrounding Adam’s persona kept thriving. This resulted in an overwhelming amount of interviews that proved to be a bit too intensive. So, after all the promo was done, Green decided to take a break but didn’t completely stop working. He helped out on the movie Grace (2000) and got involved in a couple of shorts.

Frozen (2010 - Emma Bell)
However, this didn’t mean his creative mind stopped working. He used the quiet time to think of a plot about three skiers who get trapped on a ski slope lift and have to spend an entire weekend there. Frozen (2010) was ultimately not a slasher nor mindfuck, but a movie full of tension and suspense! This crowned Green as a true fan favorite at the Sundance Film Festival and sparked the idea for his next movie: Hatchet 2 saw the light of day and would get a release just in time for Halloween. 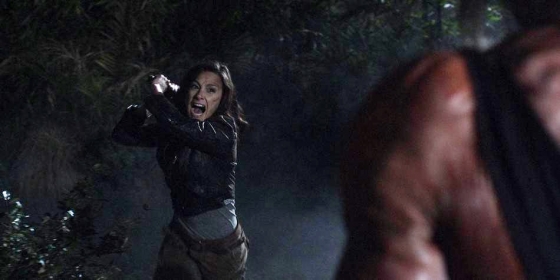 Hatchet 2 (2010 - Danielle Harris)
Because the cast remained almost completely the same, the chemistry was clearly felt on screen. One of the first bits of news concerning the sequel was the casting of Scream Queen Danielle Harris as the female lead. Both aspects resulted in a bit of a hype so Green had to warn everyone on multiple occasions that this movie was been made with the fans of the first movie in mind. I myself had the pleasure of meeting Adam Green at the English Frightfest Film Festival and when I asked him about a possible second sequel he replied that he didn’t really know how the story should evolve. Furthermore, the last thing on his mind was to make a real franchise out of it just for financial reasons. The most important aspect should always be the story.

However, what Adam couldn't expect was the huge controversy when Hatchet 2 finally got its release. Something went wrong and the uncut version was projected all over the United States. The faint of heart grouped together and demanded the movie to be pulled out of circulation, which at last happened. Theatre owners tried to cover their pressured decision by claiming the movie was a box-office failure, but media reports quickly denied this. All over the internet and in magazines and newspapers, several sources wrote that the movie grossed $1.000.000 per screening in the U.S. alone. Green refused to hand in a cut-version but couldn’t have wished for a better way to attract attention to his latest movie.

The result? A huge DVD-release success! Hatchet 2 sold so well that it was named one of the best selling titles that year and after just one week the studio approached him to do a third movie. As you know by now, he declined but is still very much involved with the production of Hatchet 3.

Chillerama (2011 - Joel David Moore)
Next up: Chillerama! A horror-fantasy anthology in which the dirty minds of Adam Rifkin, Tim Sullivan, Joe Lynch and (obviously) Adam Green could do their thing. Adam’s segment was called The Diary of Anne Frankenstein and starred Joel David Moore as Adolf Hitler and a notorious dance-routine by Kane Hodder as Meshugannah. 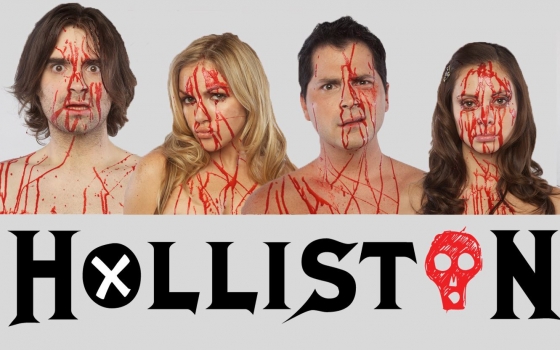 Holliston (2012)
Although Coffee & Donuts was released twelve years ago, Green kept its story very close to his heart. Together with long-time friend Joe Lynch they decided to make a more elaborated version and suddenly a new sitcom was born: Holliston. All six episodes of the first season were aired on the Fearnet Cable Television Network and, after just two of them, a second season got greenlit. Both Green and Lynch are currently busy shooting these new episodes, for which they got carte blanche, and if there’s any truth in the many tweets I’ve read the American viewers are in for a real humorous treat!

By now there should be no doubt that Adam is a true fan of the Fantastic Cinema! Not only is Spielberg’s E.T. one of his favorite movies of all time, we can clearly sense a certain adoration for movies such as Friday the 13th, Planet of the Apes and even Star Wars in his feature films. Next up, besides his involvement in Hatchet 3, is his first kids-adventure film called Killer Pizza that he describes being similar to the classic The Goonies. We’ve mentioned it before: the man has guts! Despite his busy schedule, Adam can be frequently seen at various film festivals and likes to interact with his audience. So have no fear to ask him a question or start a conversation but be warned: don’t be surprised if he baffles you with his huge knowledge of music and movies!
Tweet
Plaats uw reactie